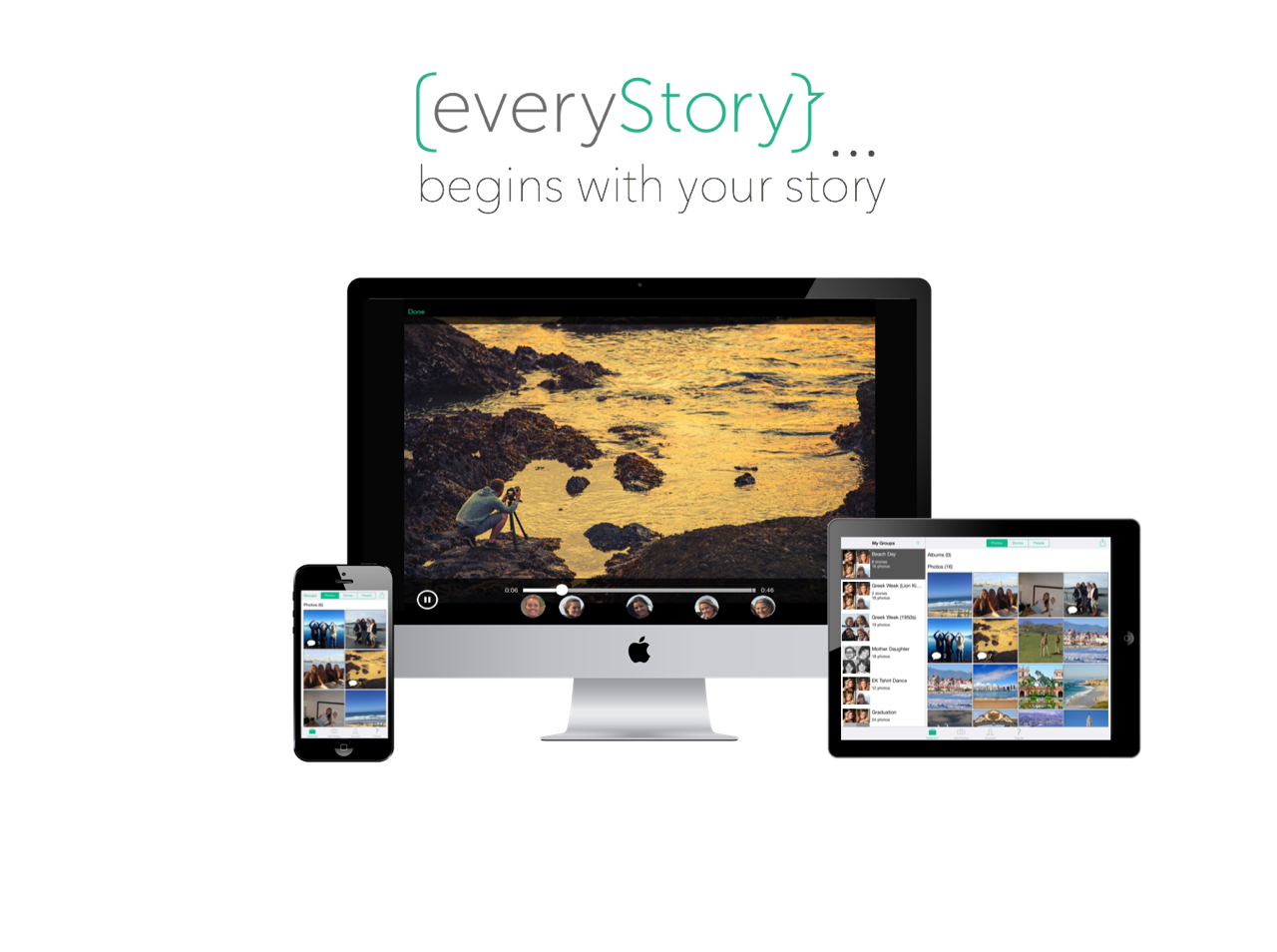 SAN DIEGO (Sept. 8, 2015) – everyStory, a new cloud-based story-sharing mobile app and platform, announced today that it is now available for free in the App Store for iOS devices. An Android version of the product will be available via open-Beta in the coming months. The company has developed a streamlined mobile application that allows users to create, preserve and share personal stories in one place. Accessible from anywhere, everyStory lets users store audio and image files to a private cloud-based system with the option of sharing photos and stories between other everyStory individuals and groups.

“I created everyStory after being diagnosed with colon cancer and realizing my son may never remember my voice or hear my stories. I am passionate about providing people with an innovative way to preserve and share memories forever in the most interactive way possible,” said Dave Keene, CTO and founder of everyStory. “Now having the app compatible and available for download on all iOS devices, the art of storytelling and preserving memories has never been easier. Users can start creating stories and sharing memories with their loved ones straight from the palm of their hand. We hope to elevate the lost meaning of photos with our unique unlimited audio recording, tagging, sharing and activity tracker features,” said Ed Cox, CEO of everyStory.

Users can import photos from a computer, iOS photo album or scan physical photos directly into the app using a device camera. everyStory integrates a social network component by having an activity view functionality and by encouraging users to tag photos with people, and/or by location, subject or date. To create an interactive photo-album, everyStory lets multiple users record an audio message, on the same photos, in a shared album or within a group. Users can simply tap a tagged person’s name to hear the story that is connected to a specific photo or album.

The everyStory team has plans to launch a full Android version in the coming months as well as implement new sharing, photo and audio features to the existing functionality. The app is free for users and is currently offering space for 1,000 extra photos as a sign-up bonus through September 2015. Various membership options will be accessible for sign-up no later than early 2016 for users interested in receiving increased storage capabilities.

To download and sign up for everyStory on an iOS device, please visit the App Store. For more information on everyStory, please visit: http://www.everystory.us.

About everyStory
everyStory is a cloud-based story-sharing mobile app and platform that acts as an interactive photo album allowing users to have access to audio and picture files anywhere, anytime. This multi-faceted system is equipped to record all audio from the storyteller/user as they naturally flip through photos. Users can safely share stories and photos with friends and family, who can then contribute new photos to existing stories or new stories to existing photos. The easy-to-use mobile app partnered with Macphun, a leading photography software developer for the Mac platform, to collectively help users produce the highest quality stories through superior discovery, photo restoration and creativity solution options. The team at everyStory is passionate about creating the most optimal privacy-focused micro-social network that archives important memories through long-term cloud storage

WowYow Puts Myspace in the Top 8