Wish there was a way to play organized sports without committing to a full league season?  Now you can…

The CMO of the most popular rec sports app taking over the nation explains how.

Remember how much fun it was to play your favorite sport years ago?  But now life has got in the way and it’s hard to find the time.  Don’t you wish there was a way to play in games whenever you want to without a season long commitment?  Well now you can…

Subme is a free mobile app that allows users to join a rec league or pickup game for any sport whenever it is convenient for them.  The app is a community of people who enjoy playing sports, but might not have the time to commit to a full season or simply enjoy meeting new people through the games.  Users “create a game” and specify how many players they are looking to have join their game.  Anyone with the app can view these postings and join any game as a player in their game.  ALL FOR FREE!

Subme launched in Chicago in early 2016 and was quickly adopted by social leagues and recreational players throughout the city.  Mid 2016 Subme expanded their operations to San Diego, Dallas and Austin, and so far it’s been nothing short of another home run.  There are more than 15 million adults who play organized recreational sports*.  Now imagine the market for people who would like to play organized sports but don’t have the time or desire to commit to a full season.  This is the size of the Subme customer base.

What problems are Subme solving in the social sports industry?

LEAGUE CAPTAINS
League captains are often faced with situations where some of their team members are not able to make a game due to scheduling conflicts, sick days, or just plain flakiness.  Captains are then left with having to spend time emailing, calling, texting and asking friends to help them find substitutes so they do not have to forfeit the game. Sometimes forfeiting also comes with league financial penalties.

LEAGUES
With forfeits, the game may still happen knowing that a team is given an automatic loss or the game might not happen at all.  Either way people sign up for leagues to play a fun and competitive game, and forfeits take away from that.  With increasing league competition and field reservation fees, leagues’ primary goal is to make the gaming experience more enjoyable, which in turn increases memberships and revenue.  Forfeits are the last thing leagues want.

PICK UP GAME ORGANIZERS
Often times people who want to organize a game do not know enough friends who are interested in playing.  It can also be difficult for less outgoing individuals to reach out to people.

PLAYERS
Many people do not want to commit to a full season with weekly games or cannot financially afford to participate in leagues.  Or they may be interested in local pickup games but do not know about where and when to find them.

Subme Co-Founder and CMO with excitement tells SD Tech Scene, “All these problems are solved by using the Subme mobile platform.  Game organizers can post that they are looking for players, put the phone back in their pocket and they’re notified when they have a full game of players ready to go.  Players can open the app anytime they feel like playing.  Subme’s mission is to encourage health and wellness by providing positive player experiences through social and sport activities.  We want to make it easy for people to stay active through rec sports.”

SD Tech Scene asks:  Should leagues be worried that you are taking away from their businesses by allowing people to play 1-off games rather than signing up for a league?

“Our goals are aligned with social sport leagues.  We’re here to make Captain’s lives easier when it comes to finding subs and to help reduce forfeits.  We have seen users sign up for full seasons after playing in 1 game that they found through the Subme app.  And that’s what leagues want.  Our platform is completely agnostic when it comes to leagues or specific sports.  Our goal, like leagues, is to encourage more active social sport participation.  We do this by solving their existing problems related to finding subs while bringing new, non-members to their league ecosystem.  We’re essentially helping grow their business.”

Given the rapid growth rate Subme has seen in their 1st year of business, expect this technology seems to have knocked it out of the park.  formed relationships with numerous leagues, university intramural programs, non-profit organizations, local sporting businesses and much, much more.  Subme is looking like it could quickly be the nation’s champions for rec sports.

* Only available for iOS.  Soon available on Google Play. 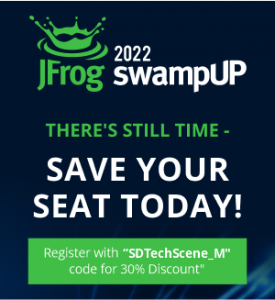